What are the differences between a new and used commercial embroidery machine?

In all general aspects, an embroidery machine as old as 1990 (or older!) will be very similar to a brand new machine. Most of the mechanics are very similar if not almost identical. The general concept has not changed much at if at all.

Most of the changes you will see over time are in the electronics systems. For example, a brand new embroidery machine might have a nice big LCD screen whereas an older machine does not. However, the embroidery machines from both these eras are operated more or less the same and the nice big LCD is really more of a bell and whistle, as nice as it is.

Most of the newer commercial embroidery equipment runs about the same speed as the older equipment. Newer machines can run a little bit faster under some circumstances but the difference is not drastic

When buying a new embroidery machine, you will generally receive and extended warranty which, can be nice when parts are needed

Major changes in the early 1990s made cap embroidery much easier. Over time small tweaks have been made to that design but over, one the 270 system was created no much else has changed.

The process of digitizing and editing is done on a computer apart from the machine. So modern software can still be used and acquired to create the designs to operate older equipment.

Overall, if money is not a concern then its always best to go new. But if you are on a budget or happy with buying used, then you wont be missing out on too much if anything.

Welcome to The Embroidery Warehouse, Inc. - We buy and sell commercial embroidery machines. We sell just about every make and model of New and Used Commercial Embroidery Machines. When TheEmbroideryWarehouse purchases used machines for resell, we only purchase the best of the best. Rest assured that if the make and model of the machines we buy and resell are not high quality, then we don't buy them! We only buy and sell the best of the best. If the machines we buy are substandard, we part them out. 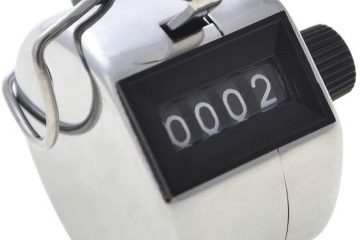 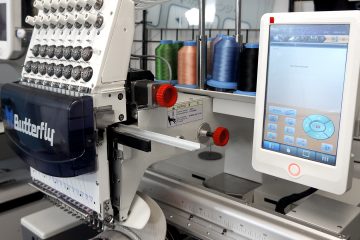 What makes us so much better? Its a lot of what you don’t see that counts! We have been selling Butterfly Embroidery Machines for a long time. A lot of whats best about it , Read more… 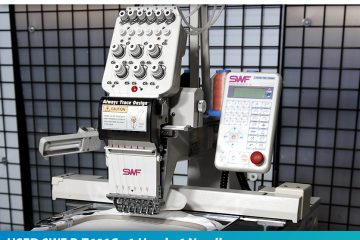